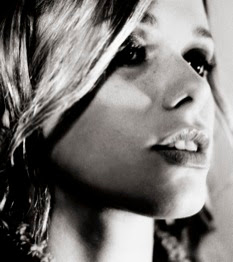 If there is any more proof needed of the singularly vital thread that runs through all of Roberto Bolano's fiction, a thread that is symbolic of his entire oeuvre, then this short story Clara, published here is representative of that. This very short story, translated by perhaps his best translator Chris Andrews, conveys the same now so familiar Bolanesque theme of loss, the loss not only of innocence but of youth, not only of ambition but the certain loss of hope and the bitter realization of the impending certainty of death and the helpless surrender to that.

This is certainly not the best Bolano short story but not the worst too. Here, in this short piece, the concerns of his fiction and feeling find expression for in this microcosmic world we find love and betrayal, youth and disease, happiness and madness, travel and desperation and the ever hanging shadow of the realities of daily life, which are coincidences, lies, love and shame. Travel and immigration, solitude and exile, poetry, fact and fiction all merge together. The essential quality of this story lies in the narrator's brutal honesty but most of his narrators do not usually present themselves favourably, a vital feature of his fiction.

Clara has the usual qualities of the Bolano female, beautiful or pretty to begin with, adventurous and funny, idealistic and a little reckless, artistic without talent, a pseudo-poet and a bad painter, a reader of poetry or philosophy or classics ( depending on taste) usually though not always in love, romantic, sometimes penniless, usually jobless, strained and pained, haunted by dreams, betrayed sometimes, occasionally used. The Bolano woman steeps down and down quickly, loses beauty and wit, turns fat and bulimic, writes long love letters ( "Clara and I were writing to each other. Her letters were brief. Hi, how are you, it’s raining, I love you, bye. At first, those letters scared me. It’s all over, I thought. Nevertheless, after inspecting them more carefully, I reached the conclusion that her epistolary concision was motivated by a desire to avoid grammatical errors") when she is not in love and sometimes takes her own life. She either marries a pscychopathic poet or a poet who becomes a fascist. The end is usually alone.

Almost all the characters (with the usual exceptions) in Bolano's world are dilettantes, some good, shady, innocent and romantic, melancholic and funny, hopeless and a little crazed. Some of them travel savagely and some are savaged by travel. Occasionally during these travels, one of them meets a Clara.
Posted by Kubla Khan at 1:25 pm