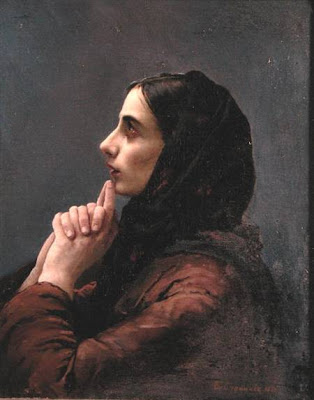 Compared to his more famous works, Tolstoy's Resurrection is not as well known or as long, a mere six hundred pages or so. However, written towards the end of his writing career, it allows an insight into the direction he had taken earlier, in his personal and spiritual life, and the manifestations of both are quite evident in this novel. Tolstoy had become prone to teaching, to discourse, and nowhere is it more self-consciously portrayed as it is here. The preacher, the seer, the pacifist, a man far away from the political and social norms and from the official church, these are quite clear here. The hero of this novel, Nekhlyudov, moves from the earlier characters that inhabit the Russian novel, from merely the superfluous man to someone who actually wants to make a difference, in his life and the lives of others around him.

Nekhlyudov is an aristocrat and has led the life of one. He might represent Tolstoy himself. He has debauched, gone into military service, and returned to resume the sort of life that a rich man of those times might lead. There are social occasions, parties, aristocratic waffle, high talk and so on. And Nekhlyudov, on duty for the local jury, discovers that he is trying for murder a woman, now a prostitute, a woman he has wronged in the past. Katusha Maslova has been charged for murder, the woman who as a young girl was seduced by Nekhlyudov at his Aunt's estate years ago. The sight of Maslova moves Nekhlyudov and he suddenly decides to atone, to punish himself, to amend for what he has done to Maslova. After Maslova has been found wrongly guilty of murder and sentenced to penal servitude to Siberia, Nekhlyudov decides to marry her, follow her to Siberia and disconnect himself from his past life, avarice, greed, hypocrisy, social life, land, money and all.

This might seem easier to do but what Nekhlyudov has not bargained for is Maslova's attitude, which has not only hardened but changed too. She rejects him, he accepts that but still follows her to Siberia, where she decides to marry a political prisoner. Nekhlyudov decides that the only course is to accept it and follow the Gospel in its true spirit and not one that is dictated by either the church or the prevailing norms.

Resurrection is a novel of many faces and parts. The writing is typically Tolstoyan but somehow, it falls towards the end. The characterisations are weak, most of the people depicted are ones that run true to imagination or too predictable. They are very selfish and greedy, this is a selfish and greedy world. Tolstoy's aim is to preach, to show the world of prisons, of injustice both social and political which assumes the shape of a pamphlet towards the end. The love story between Maslova and Nekhlyudov, of Nekhlyudov and the other women he courts is not brought to fruition. There is tenderness in Maslova still, but it is ignored.The sense of duty, of doing the right thing overweighs any thing else. Understandably, at this stage of Tolstoy, he considered sexual intimacy as a source of spiritual discord and this flaw in his reasoning ( if sexual intimacy can be the source of one's whole meaning, it generally isn't, not even for the most depraved) hinders the development of this story.

Maslova still loves Nekhlyudov, that is quite transparent and even he knows that but by marrying another man, Maslova is still sacrificing herself, sacrificing herself again for the man who abandoned her with child, a child who died, abandoned her with a hundred roubles, leading her to prostitution and social decline. Maslova is a superior character, far superior than Nekhlyudov, she saves him again from a life that could kill him, for even towards the end, he is not sure if he can live a life without the comfort that money provides. He accepts her decision because he reads the Gospel again and this time, he understands it. He accepts the flaws in his reasoning, he understands that only forgiveness can save people in the end. And yet, the other characterisations in the novel, ones that are started to be build up are left untouched, leaving the reader with nothing else than a superior personal and moral philosophy.

Resurrection could have been a great novel, if I daresay that, only if Tolstoy had twisted the love story further, made Nekhlyudov more interesting, made Maslova less forgiving. There is interesting preaching about prisons, the uses and abuses of prisons, social mores, the actual efficacy of punishment, the contribution of the state towards a person's forced intellectual and social decline and yet, there are no other added voices against such arguments and the voice becomes quite polemical. Steiner, in his book Tolstoy or Dostoevsky mentions this novel as a circle representing the great Russian novel from Dead Souls to Resurrection and I found the more confused, the more rhetorical and polyphonic and less restrained characters of Dostoevsky more acceptable than Nekhlyudov. However, he stands for Tolstoy himself, I guess, and thus the movements he makes, from giving his serfs more rights and selling his properties is a great step from the superfluous men of earlier Russian novels, those of Lermentov or Turgenev. In that regard, this novel is a significant achievement.

All in all, Resurrection is not War & Peace or Anna Karenina but is an important novel nonetheless, one that I had not read before. And for those interested in the great writer, it is an important read still.
Posted by Kubla Khan at 9:54 pm

I agree that the book falls towards the end, but it is still a wonderful and powerful read.