The Hour Of the Star 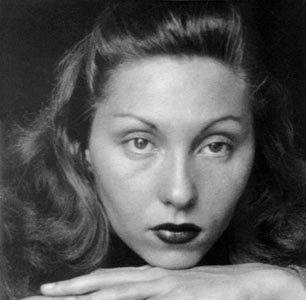 Within 95 pages is achieved what other writers usually take hundreds to do. The novel is not perfect, it has 13 titles, A hora de la Estrella one amongst them. Lispector takes the fight away, one is surrounded by pounding screaming demons, till all energy is sapped. The young no one, asthenic anorexic poor girl from the north east of Brazil, in the energy sapping bulimia of grand Rio, the star glazed glitter of 1960's Copacabana, the beach, the crazy crazy world of being no one, poverty, sharing apartments, lives dreams and stories, and then everything ends at the hour of reckoning.Life punches you in the stomach says Lispector. Go away, be rather dead.

The Hour Of the Star, this great novella was written by Clarice Lispector towards the end of her life. It was written after The Apple in the Dark and The Passion according to G.H. In this novella, Lispector questions the relationship between the author and the text, a narrative objectivity does not always create a polyphony within the story telling context. The narrator exists apart from the writer? The girl needs a voice, needs a voice. She has seen her, she. People can catch your eye crossing busy streets, even if they are the least eye catching. She tells her story. In the end it achieves nothing, for Lispector thoroughly believed that writing changes nothing.

The Hour of the Star is a brilliant achievement, a novel written by a novelist whose cabbalistic mystical tendencies were well known. She had famously wanted to go beyond man in the absence of god. She retreated to a different position towards the end, when this novel was written. This novel was written on scraps of paper, on cigarette packs. It not only helped spread her aura further but also secured her mystery in the pantheon of Brazilian Literature. There was only one Clarice and in Brazilian literature, only one Lispector. It is a matter of debate whether her prose is more beautiful than she herself.
Posted by Kubla Khan at 12:12 am

Thanks. I am still surprised I am here but it is a voluntary act. I tried visiting your blog but it is closed to outsiders. so, thanks again.