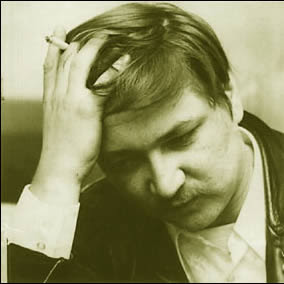 One of the characteristics of Fassbinder's prose is the clarity of what he wants to communicate, in a way that is neither wantonly sentimental nor profusely incriminating of others. He writes with the same edge that he shows in his movies, only here the medium being different, the manifestations of his thoughts are laid bare in numerous ways. In this delightful piece on Schygulla called "Hanna Schygulla.... Not a star, Just a vulnerable human being like the rest of us, disordered thoughts on an interesting woman", Fassbinder traces the development of his relationship with the great actress, the up and down course of their relationship and the way it affected his relationship with other members of his Theatre Action group and its eventual dissolution.

It is clear that Fassbinder was a dedicated team player and he respected the opinions of other people like Raban and Ursula Stratz, who was the manager whilst always being mindful of their shortcomings, for it is apparent that compared to his genius, they did falter and eventually succumb to his magnetism, passion and fervour and his physical energy. Fassbinder never let his repertory feel how different he was from them and in the same way, never allowed Schygulla to feel that it was he who was directing her and not Schygulla who was taking control. Schygulla was, to quote Fassbinder, "convinced that she was not submitting to the imagination and will of another and that the conception of the role was exclusively her own.............the other actors weren't in a position to see through this stratagem of mine........ they saw nothing more than my seeming deference to Hanna Schygulla......." About Stratz he was clear that she had few lucid moments when she was not drinking while Raban would keep his mouth shut. It was Stratz who gave Fassbinder his first break, we must remember.

Fassbinder met Schygulla at drama school in Munich and it was only when Marite Greiselis was badly injured by her lover ( she was paralysed from the waist down) that Schygulla was offered the role of Antigone, in which she shone. Schygulla did not participate in the activities of this theatre group, refused to belong to the group creating persistent acrimony between the group members, a kind of political activity was being thwarted and in Fassbinder's opinion, the group ethos was being decimated. However, he was always impartial towards her acting genius but she was sensitive towards being directed, he let her believe she was a free agent while it was Fassbinder who pulled the strings. Eventually the group broke, it was smashed to pieces by Ursula Stratz's husband, who thought Fassbinder was too close to his wife and ultimately, Fassbinder took on new people and went in a different direction.

Political correctness and Fassbinder have nothing in common, theatre and later on cinema was a vehicle for his ideas, on issues relating to women, racism, the power of the state, minorities within Germany and other power plays between individuals, a theme that he so craftily explores in various ways, in one form in Fear eats the soul and in another way in Petra Von Kant. Schygulla was interested in these issues too but in a passive manner and Fassbinder recollects that he spent too much time on fruitless discussions with Schygulla on issues like the meaning of life. Schygulla was more interested in "personal development", an idea that Fassbinder finds ridiculous though he never mocks it. Hanna Schgulla was university educated, which set her apart from the Action Theatre group but for Fassbinder, her reluctance to march on the streets for an idea was eventually unacceptable to him. To Fassbinder, Schygulla was concerned with her own vanity, but he quickly adds that, "she was no more splendid than most human beings, no matter who or where".

Fassbinder finds it strange that Schygulla gave her very best in the major roles he offered her but was below par in the minor roles and when Cartensen was chosen as the leading lady (as in Petra Von Kant). However, he remembers her fondly, from the days of Katzelmacher to later on, but eventually the gulf between them grew wider, with Fassbinder claiming to preferring the job of a streetsweeper in Mexico to that of being a film director in Germany. This piece from The anarchy of the imagination is delightful with interesting anecdotes, asides, gossip and rumour but also very clearly shows the great director's ambition and the adroit way he played his role in his repertory, a balancing act considering the widely different ambitions of his actors, managers and other film professionals. This book is important reading for those interested in Fassbinder as it contains interviews, essays, prose pieces, his ideas on cinema, on other directors, novels, theatre, poetry and more importantly on politics.
Posted by Kubla Khan at 7:08 pm

I think Margit Carstensen and Brigitte Mira were better actors than Hannah but she was more beautiful and also had a great screen presence. She doesn't have much to do in petra von kant, it belongs entirely to margit carstensen.

I have heard about this book, will see if i can find it in the library. I actually picked up a critical study sometime back but could read only parts of it...Fassbinder's Germany: History, Identity and Subject by Thomas Elsaesser... it is very good analysis, also makes you realize how important is it to understand the contextual background of west german society and politics to understand his films.

it also explores one issue that troubles me a lot in his films.. he is obsessed with people who are weak, exploited and who are forced to live on the margins and but he is also utterly pessimistic about any positive action...he is so forthright in his refusal to provide any kind of affirmation. the book explores this is in some detail calling his politics a politics of negation and proposing that he was responding to the widespread politics of victimization, politics which is based on shallow sentimentality, and it is the reason why counterculture and various youth progressive movements of the 60s couldn't achieve much. It is actually a very complex topic and something worth thinking about.

Fassbinder says in this book that the best and simplest movie to make is a crime movie and then goes on to say that everything is a crime and in each relationship there is one. this kind of matches with his conception of politics, of those who are marginalized, weak and those who suffer without redress. the same equation is considered in relationships where one or the other person is more powerful and exploitation is carried on without any acceptance of the same.

in this context it is easier to see why his politics is considered too pessimistic and one of negation because eventually in the larger scheme of things, nothing changes and one form of servitude leads to another.

this can also explain his abiding interest in the Alexanderplatz novel of which Fassbinder is a great fan.