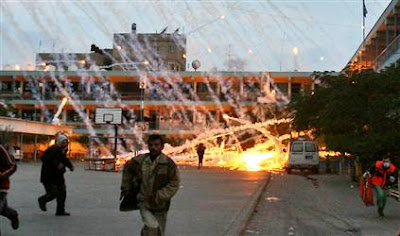 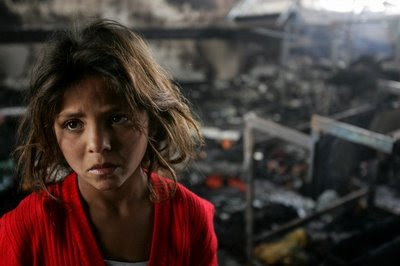 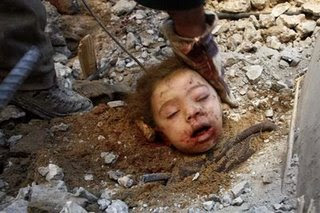 The Israeli white phosphorus that burned Palestinian earth and sky recently should not be seen as a physical act of aggression alone, a chemical intending to burn skin and bone. It goes beyond arrogance, beyond any justifiable retribution that the Palestinians had invited on themselves. It reflects a crazy insistence on the part of the Israelis in annihilating the memories of Palestine, to put to fire the script of Palestine and to burn those who fire rockets as acts of resistance. The use of white phosphorous, the incendiary fire in the skies, with carte blanche approval from its western allies, signifies a new breach, a new step towards which Israel has taken this stateless people, this land that was stolen from them, the mention of which is considered anti-Semitic by a new brand of moralizers who know sycophantic erudition alone.

The Israeli white phosphorus that crazed Gazan sky and earth recently was not an act of war, for war is fought between enemies who can hurt each other, not between a modern army and helpless women, children and men. The occupied must resist an occupation, must resist, must sings its songs, must write its history down, even when its skies are rendered afire by white phosphorous, given carte blanche to by the people who will write a new road map. Anyone who has been silent in the face of this aggression is intellectually dishonest, brutally partisan and the time has come to write about the bombed homes, hospitals and schools. Any other opinion about the atrocities inflicted on the Palestinians since being robbed of their entire historical land will be obscene, not unjust.

While the Israelis are burning Gaza, a young Palestinian boy in the West Bank has picked up a stone, his aim is the huge wall that separates his third world concentration refugee camp from the Zionist settler in his first world kibbutz camp. The settler has just finished fondling his Uzi and is taking aim at the boys head. The bullet that whizzes through the Palestinian air misses the head and pierces the heart of the boy. He is thrown and lies mangled on Palestinian earth, the stone dropping from his fist and falling near his feet. The Zionist settler, satisfied, glib with his aim, raises his head towards the sky, thanking the God of his chosen tribe. The dead Palestinian boy is now a stone himself. His wailing mother, who will be informed soon of her loss will beat her chest and the young boy will be buried under an indifferent earth.

Certain Oriental sages have written that in times past, this young boy's blood would have dug rivulets under the earth and formed rivers of blood and many such rivers would have flooded many islands of the oppressors. But in our times, oriental prophecies don't come true. However, it is hoped that the young boy will rise again from the dust and pick up another stone. And, in spite of the superiority of the settler god, it is hoped that the stone will gain speed and pierce that settler wall.
Posted by Kubla Khan at 12:47 am

It seems to me, that the happenings at Gaza are like those of the most tragically dysfunctional family.

to say that is to trivialize everything, i am sorry to say. in this day and age, people are enslaved! the comparison you have made is fallacious,it has no historical veracity considering the palestinian position. they are victims, it ends there, they have been dispossessed.

You ask for it, you are a tease,
I know your wish
For me to crack your jaw
To slap your face
To scratch your skin
To leave my mark.

You make me laugh,
Cheap homeless witch
With talk of 'rights'.
Our friends know me,
My sovereign strength,
They know I'm right.

Who'd hear your words,
Pathetic semite
Our friends know what to say:
"Stop pushing, girl,
It's not his fault,
But sovereign defence."

Sit quietly in your corner,
I've closed the walls,
The Pharaohs are my friends.
The sea is sealed
You have no rights, no worth,
Admit you long for me.

You look at me with children's eyes,
You ask for it
You bare your mother's breast to me,
Still asking for it
Your hands of tormented youth push me away,
You drive me to it.

White phosphorus is a material made from a common allotrope of the chemical element phosphorus that is used in smoke, tracer, illumination and incendiary munitions But strictly prohibited to use in WAR but unfortunate Gaza people face such war heads by Israel.

You wrote a very interesting article. And I agree with you. hair loss Read a useful article about tramadol tramadol

I would like to more know about it. asthma Read a useful article about tramadol tramadol